Kosár “Bringing Out the Dead (kazetta)” a kosárba helyezve.
Akció!

Perhaps only someone who has worked for almost a decade as a medic in New York City’s Hell’s Kitchen–as Joe Connelly has–could write a novel as riveting and fiercely authentic as Bringing Out the Dead. Like a front-line reporter, Connelly writes from deep within the experience, and the result is a debut novel of extraordinary power and intensity.

I n Frank Pierce, a brash EMS medic working the streets of Hell’s Kitchen, Connelly gives us a man who is being destroyed by the act of saving people. Addicted to the thrill (the best drug in the world) and the mission of the job, Frank is nevertheless drowning in five years’ worth of grief and guilt–his own and others’: my primary role was less about saving lives than about bearing witness. His wife has left him, he’s drinking on the job, and just a month ago he helped to kill an eighteen-year-old asthmatic girl. Now she’s become the waking nightmare of all his failures: hallucination and projection (the ghosts that once visited my dreams had followed me out to the street and were now talking back), and as real to him as his own skin. And in reaction to her death, Frank has desperately resurrected a patient back into a life now little better than death. In a narrative that moves with the furious energy of an ambulance run, we follow Frank through two days and nights: into the excitement and dread of the calls; the mad humor that keeps the medics afloat; the memories, distant and recent, through which Frank reminds himself why he became a medic and tries, in vain, to convince himself to give it up. And we are with him as he faces his newest ghost: the resurrected patient, whose demands to be released into death might be the most sensible thing Frank has heard in months, if only he would listen. Bringing Out the Dead is riveting and fiercely authentic — a stunning debut novel of extraordinary power and intensity.

„Bringing Out the Dead (kazetta)” értékelése elsőként Kilépés a válaszból 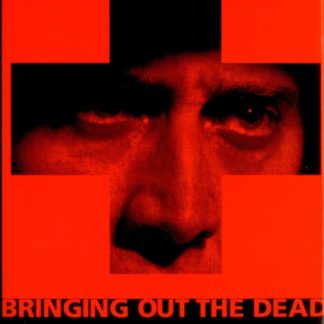 You're viewing: Bringing Out the Dead (kazetta) 1,906 Ft
Kosárba teszem