A mesmerizing, blackly comic novel about the amazing real-life afterlife of the legendary Eva Perón.

In life, Eva Perón was bigger than fiction – the B-movie starlet from a poor-trash family who reinvented herself as a great beauty, snared Argentina’s dictator Juan Perón, married him and became the incrowned queen of the masses. But then, suddenly struck downby cancer, she was given no hope to live. As thousands filled the park around her palace, chanting and praying for their Santa Evita, she died. Some days before the end, she begged her husband that she not be forgotten. Grief-crazed, he seized upon this idea quite literally. Sending for Europe’s finest embalmer, he had the man waiting at her deathbed, and within minutes of her last breath, this Michelangelo of the mortuary was hard at work making her body physically immortal. Displayed on a glass slab, Evita entered everlasting life as the sacred object of national pilgrimage. Perón did less well: hated and deposed, he had to flee. But his mere mortal – and equally ugly – successors realized that Evita’s body was much more powerful than they – whoever controlled it controlled Argentina.
Here begins Evita’s fantastical true-life (if post-mortem) odyssey. Hidden away, stolen, replicated, smuggled abroad, buried, dug up, and hijacked again, she traveled two continents exerting strange, unshakable power over everyone in her path. How Evita was finally resurrected and repatriated in triumph when Perón came home to rule again is the climax of this dazzling, original AudioBook. 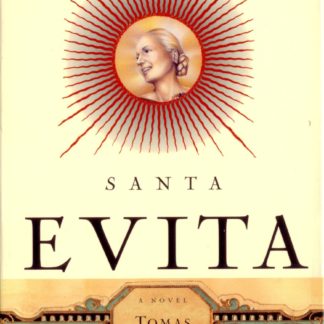